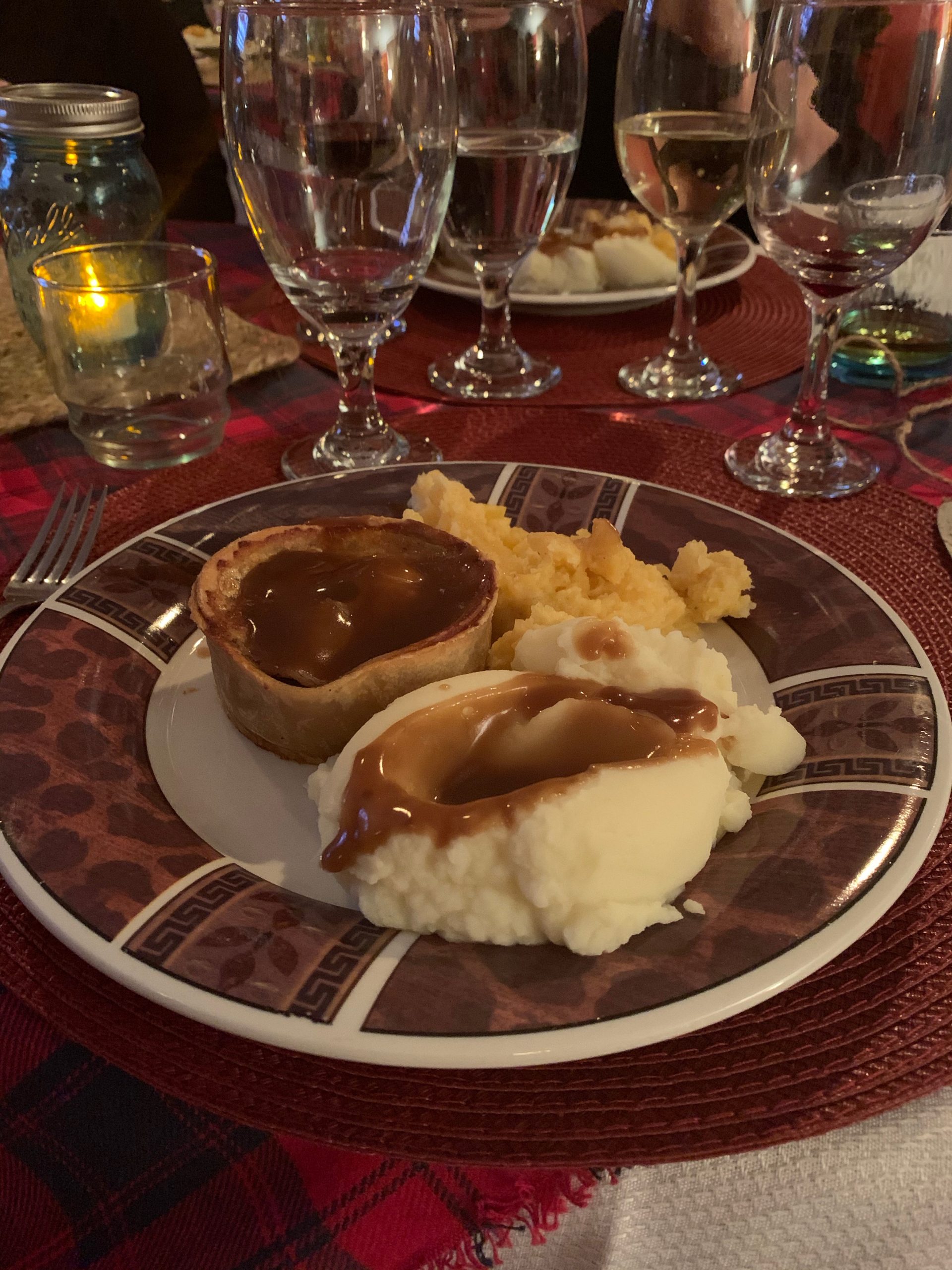 The Meadowlark’s Smoky Mountains Adventures include events like this that are experiences that encompass the essence of the Smoky Mountains: the forests, the mountains, the people, the deep stories and heritage that make this place so compelling.

Each event celebrates a facet of this mystical place: its food, its fish and streams, its ringing summer, its snow-spangled winters, its flowing creative life force.

In the early 17th century, Scots-Irish settlers in the Smoky Mountains brought with them the agricultural, music, craft, and storytelling traditions of their homeland. Living in small, relatively isolated communities, Scot-Irish settlers sustained their cultural ties through the preservation of these traditions and had a profound influence on shaping the distinctive agricultural, music, storytelling, and crafts of the Southern Appalachians.

Roberts Burns was a poet of the times and beloved by many of the Scots-Irish settlers. A Robert Burns Supper is a celebration of the life and poetry of Robert Burns and has many traditional elements like the Address to the Haggis. The suppers are normally held on or near the poet’s birthday, January 25, which is commonly known as Burns Night.

Come for a night of experience. Feast. Explore. Hear the great stories and poetry and share your own.  Revel in the adventurous possibility of the Smoky Mountains and find where it sings in your life – and then bring that song back home with you.

The meal commences with the recital of Selkirk Grace, which is actually the prayer read aloud before the meal and goes like this:

Some hae meat but cannae eat.
Some hae nane but want it:
But we hae meat and we can eat,
So let the Lord be thankit.’

Address to the Haggis

This is a threatening moment for the haggis, which is about to be stabbed by the chairman after he pronounces the last words it will ever hear: The ‘Address to the haggis’!

The address should ideally be accompanied by some gestures to give a hint to those who are not familiar with the poet’s language and be followed by the guests toasting the haggis with whiskey.

A Burns’ night menu will include: Cock-a-leekie soup, an old Scottish recipe, there will be Scottish Meat Pies, and the main course will include Haggis, Neeps, and Tatties. The dessert will be “The Dream of Rob Roy” (ice cream, whiskey caramel sauce, and shortbread).

This speech comes in many different types, ranging from smart and humorous, to literary and historical, but the main point is to praise Burns as a great man and poet and invite everyone to toast to his immortal memory.

Favorite poems and recitations which usually follow are “A Mans A Man,” “To A Mouse,”Scots Wha Hae”, and of course “Auld Lang Syne.”

It’s the one piece we ALL know of Burns, whether we know the man by name or not, and so it’s fitting that a Burns Supper always ends with everyone joining hands and singing “Auld Lang Syne”

Following the Supper, there will be a concert of Scottish music by Mike Ogletree, the Blaxcotsman.

The cost per person is $65  and is inclusive of the meal, the entertainment, and a complementary glass of wine or beer. Additional beverages are available for purchase.  If you book a room with the motel, the prices if $52 per person